The 19th of July saw the departure of 9 members of the Playles team off to hit the slopes. Beginners and seasoned professionals alike, we battled the brutal Friday night traffic arriving just in time for our evening on the snow.

Two beginner snowboarders and two beginner skiers tried their luck at learning the craft whilst the rest looked on in amusement at the lack of balance and poise. Although there were many falls it was in high hopes they persevered. Even if some were maybe a little more advanced than the beginner stage they had suggested! The essentials and with it an entire new language of ‘the snow’ was revealed as each minute helped guide the partakers in confidence, until they got a little too confident and fell on their face again!

Whilst the novices took gingerly to the slopes, those that came mentally and physically prepared (with some added beneficial experience) began to fly down the advanced slope. Taking care of the lessons and their pupils they manoeuvred their way down the steep 160m descent in turn.

Whereas the beginner slope was only home to one restricted obstacle the advanced slope held many that some were brave enough to battle head on. Others decided to just use the ‘natural’ terrain flying past as they hurtled towards the flat only to return to the top of the slope moments later, raring to go again.

After what seemed like the quickest two hours of instruction both Michael and Sarah managed to successfully earn their level 2 at snowboarding. Claire also successfully gained her level 2 whereas her skiing companion Sam seemed to depart halfway through the session due to actually surpassing expectations and moving onto the advanced slope, walking away with a level 4.

Whilst the lessons finished up the seasoned pros began to tire and make their way inside. We all congregated after in the only location that would fit – the ski centers very own Alpine chalet bar! Seated above the snow, drinks were thoroughly enjoyed and tales regaled. Then it was time for a quick selfie before regretfully trudging home; although we all agreed it was a must do repeat event! 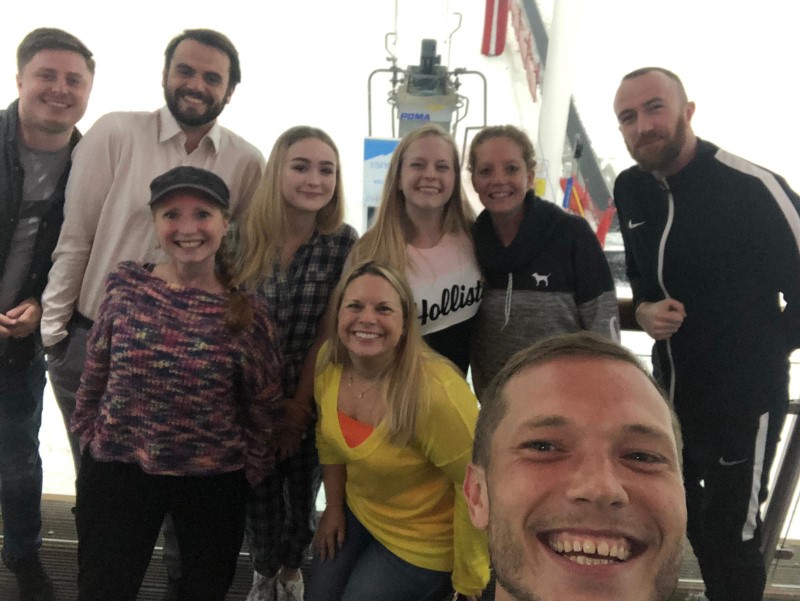 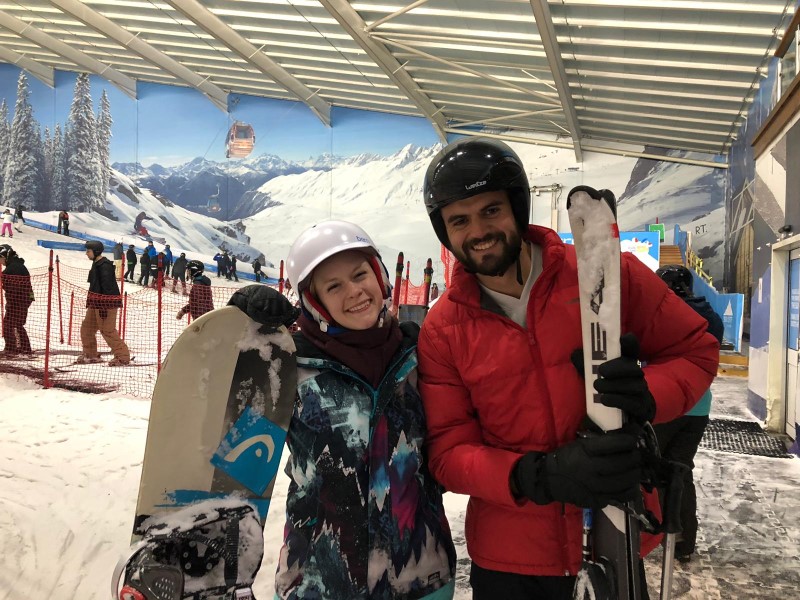