“This was a challenging project but the project team, including specialist designers and installers, worked together well and achieved a positive outcome.”

Le Roux Bistro restaurant is set on the site of the famous Skindles Hotel, which enjoyed popularity in the Victorian and Edwardian eras and latterly for its nightlife until its closure in the late 1990s. Michelin Star restaurateurs Michel and Alain Roux purchased a building which forms part of a new luxury Berkley Homes riverside residential development.

This project, a JCT Intermediate Works Building Contract 2016, saw the creation of a luxury bistro restaurant overlooking the river Thames and included its own private access moorings with club-style lounge bar and terrace on the ground and 1st floors. All fit-outs for the bistro restaurant, including kitchen bar and work-space areas was included within the project.

Special considerations had to be given to the safety elements surrounding the private mooring. This was due to their close proximity to some access steps. This was during the construction phase to protect construction workers and also within the final design. 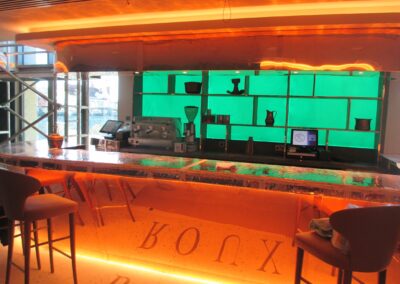 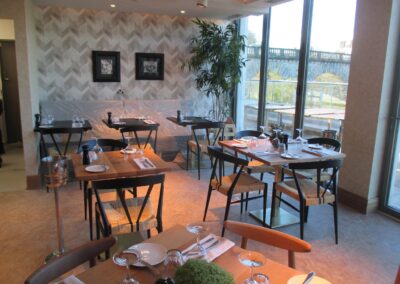 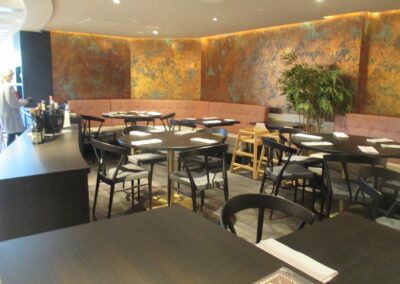 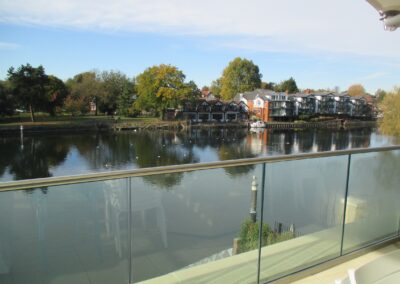 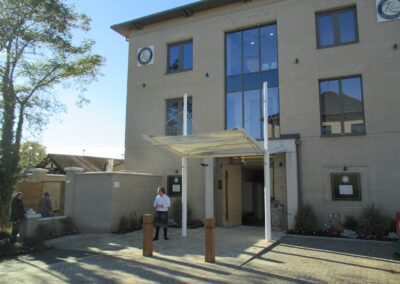