The existing building was used by Transform Housing & Support as temporary accommodation for vulnerable people, but the building condition was no longer suited for purpose. Playle & Partners LLP were appointed to provide architectural services for each stage of the project, from the initial design proposals through to the project completion.

One of the main design constraints was minimising the demolition works, while also maximising the internal space to create desirable flats for the end users. The unusual construction methods used on the initial building meant creative detailing was also required to ensure the building met the required Building Regulations regarding fire and sound transfer between flats. The external space was also included as part of the redesign, with a new covered seating area forming the centre of a new resident’s garden.

Having previously worked together on a number of schemes, including the adjacent Pear Tree Manor building, Camperdown House is a result of an excellent ongoing client-consultant relationship that Playle & Partners LLP have enjoyed with Transform Housing & Support over the years.

During the strip out process, it was discovered that much of the building was not constructed as expected, which in turn caused a delay to the programme while this was resolved. Revised designs were required to bring the project in line with Building regulations.

Playle & Partners LLP worked swiftly with the contractor to identify the problem and propose a quick solution to Building Control to minimise the impact on the program. 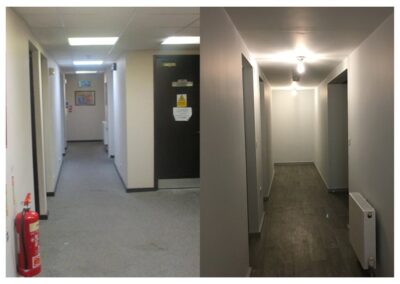 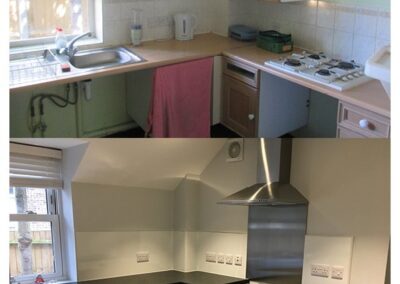 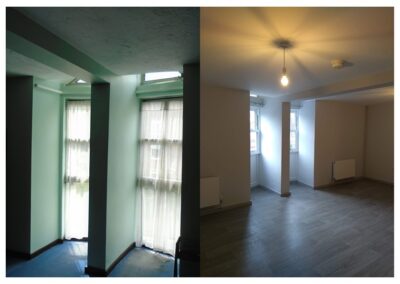 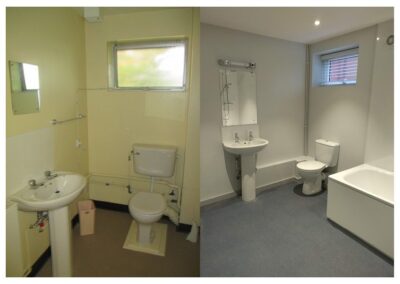